James Batchelor is a journalist, presenter, copywriter, script writer and consultant with 10 years of experience in the motoring journalism field.

Batch began his career in the journalism industry as a work experience boy at the trade title Car Dealer Magazine. He quickly became the magazine’s Staff Writer and within three years rose to become its Editor.

In 2014 he was hired to lead the news team on Britain’s best-selling weekly car magazine, Auto Express. As News Editor, Batch was in charge of a team of (even younger) journalists and was responsible for managing the title’s news direction every week.

In January 2017, Batch was appointed Editor-at-Large at Auto Express and its sister title Carbuyer and took over the title of Head of Motoring Video. 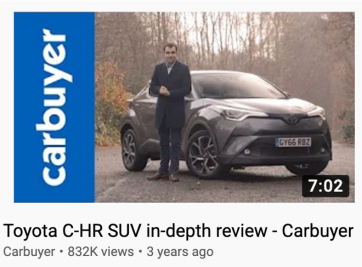 In this role, Batch was in charge of both titles’ video output editorially and commercially. He also became the lead presenter for Carbuyer‘s YouTube channel and rose the subscriber count from 300,000 to over 500,000. He became a leading authority in helping car buyers choose their new car and was a well-known ‘face’ on YouTube.

He’s now freelance and, thanks to his experience over the past 10 years, has a pretty unique set of skills that combine consumer and business motoring journalism.

From writing news and in-depth features to script and copy writing, Batch can do it all. And not only that, he’s an experienced speaker and presenter who over the years has regularly appeared on national and international TV news channels.